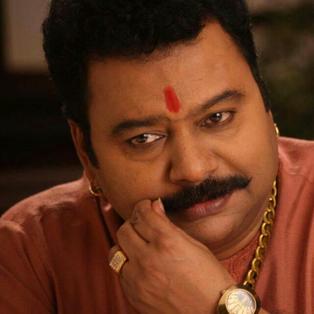 
Biography:-
Nagesh Bhosle (also Nagesh Bhonsle or Nagesh Bhosale) is an award-winning Indian film, television and theatre actor. He has recently worked on a Hollywood film called 'Hotel Mumbai' alongside Jason Isaacs, Armie Hammer & Dev Patel. Nagesh has acted in more than a hundred Indian films and thousands of episodes in Television shows. After completing endless projects in the Hindi, Marathi and Telugu language fraternity as an actor, he ventured into Directing and Producing. He has successfully made 6 films so far, as a Director. In 2009, his debut film 'Goshta Choti Dongraevadhi' (English title: A story as small as a mountain) was highly appreciated by the critics and audiences at the time. Nagesh's films are enthralling and speak of the contemporary issues in India. Ajna Motion Picture's first film "Panhala" (2015), directed and produced by Nagesh, is critically acclaimed, won many awards and featured at domestic and foreign film festivals including the 25th Golden Rooster in China. His current film "Nati Khel" which is to release in cinemas in 2017 was invited to be screened at the PAMLA conference in Los Angeles, California and open for dialogue between the filmmakers and the scholarly patrons of PAMLA. It has also won a special award at the Wuhan International Art Film Festival, in China, December 2016. in 2017, it has been an official selection at Pune International Film Festival, Bodhisattva International Film Festival & Orange City International Film Festival.